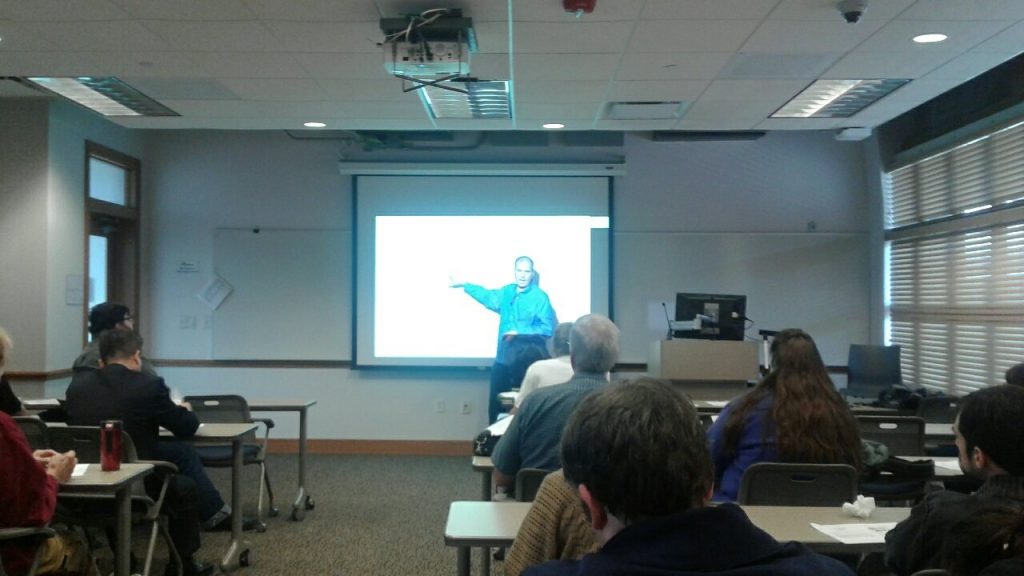 Yes, I was somewhat blinded by the projector, but on October 20 I got to present some new directions my research has been taking at the Metroplex Linguistics Conference, hosted this year by UTA.

In summary, the comparisons I was hoping to make to analyze what’s going on in languages today have not been as fruitful as I had hoped, while they are saying a lot about what has happened to these languages over time.  Which will likely make this work significantly more interesting to most linguists, though less immediately valuable for writing system development. I still hope to maintain value for the people who speak these languages, though it is not as immediately available as I had thought it would be.