One of the things on our ‘to-do’ list before this Christmas isn’t the typical shopping or baking, but preparing to return to Africa in January.
Our kids love to have their own carry-ons and put them in the security ‘machine’ just like all the big people in the airport. They are already talking about how much fun the escalators and moving sidewalks will be! I really wanted to find them rolling backpacks, and finally found ones I liked AND could afford. James insisted on red/gray for he and Joel, and there was one pink/gray one left for Anna. 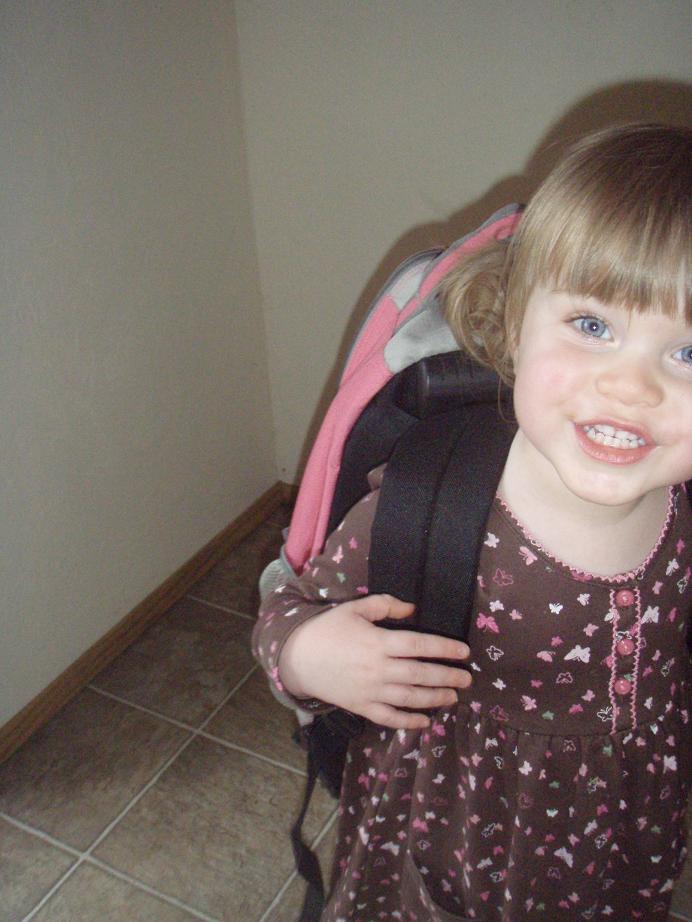 They tried them on and Anna hasn’t grown into hers yet. =) She insisted on wearing it instead of rolling it, and almost fell backwards! =) This would be the cutest picture if I had any aim!

I had fun playing with free blog backgrounds, but let me know if this new look is overwhelming. There weren’t any with ‘feet’ for a theme other than baby feet, and we’re just about past those… 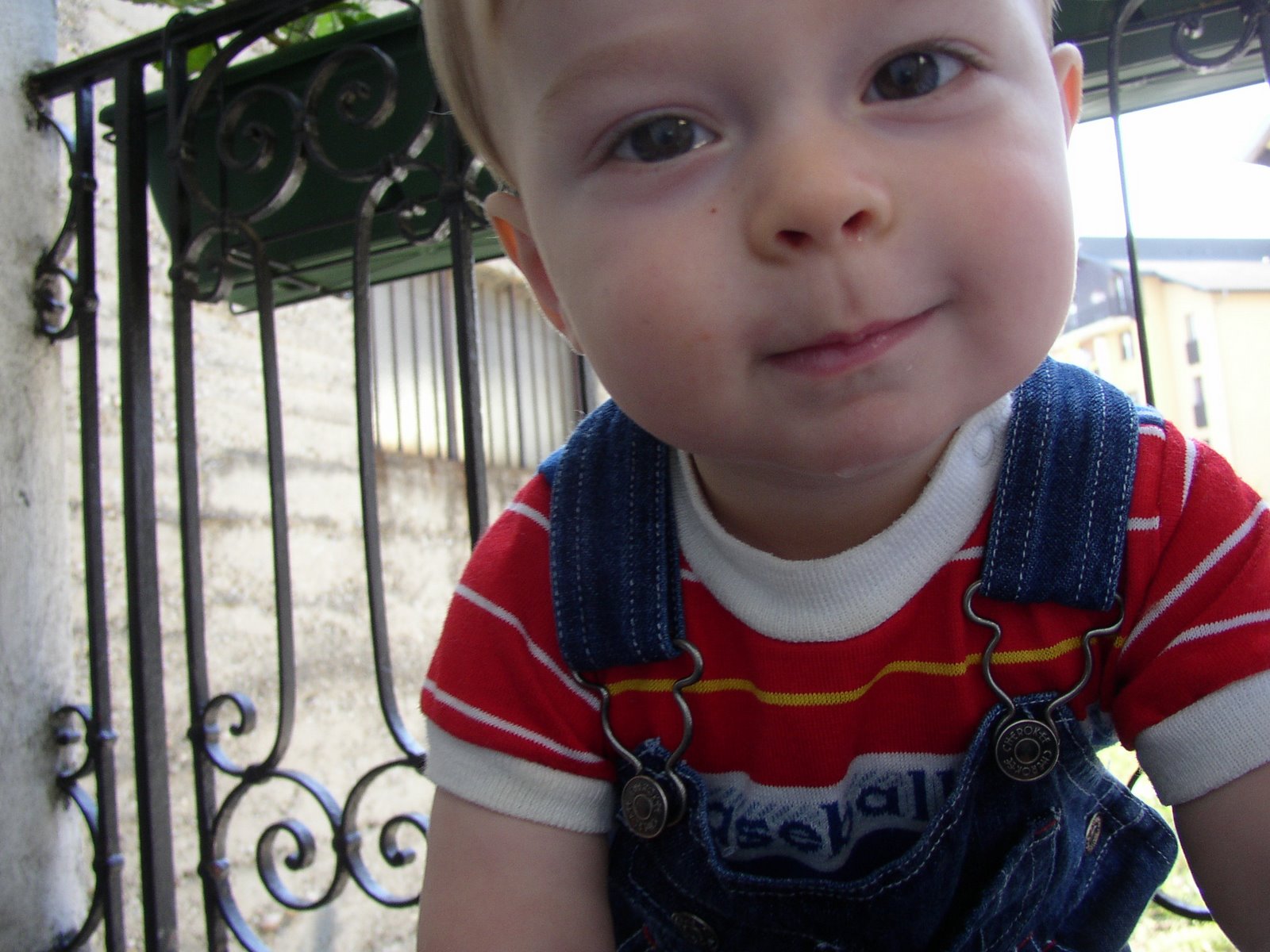 This is one of my favorite pictures of James as a baby. There are many, but this little balcony in our flat in France was where he spent his entire first summer crawling and learning to walk. This quizzical look and drooly chin are so precious… especially in retrospect. He’s wearing a baseball onesie that my baby brother wore in the 70’s and I think it is still cute!