Just to let you know, we have moved into our new home and are
getting settled. The kitchen sink got working last night and lights
are all working. Hot water heater got hooked up and we are starting
to unpack. We hope to be connected at the house in a couple weeks,
but this blog may be a bit quiet in the meantime. Pictures to follow
soon!!!

My friend Jessica has inspired me to comment on Anna’s language development. I’ve noticed it a bit more than I did with the boys (James didn’t say much until age 3 with all that French in his head, and Joel had long sentences by 18 mos! –I’ll confess those are overgeneralizations). Lately, she’s talking incessantly and loudly whenever the four older people in her family give her ‘air time’, which is, in itself, a minor miracle given that I was so worried I had her hearing tested at 9 months for not EVER babbling! Ha!

Anyway, Anna has plenty of cute phrases like “Pick me down!” but linguistically a lot is happening these days for her. She has always substituted alveolar (t and d) for velar consonants (k and g): Daddy’s name is ‘Tent’ and ‘Ready to DOE!’ Recently, I’ve noticed she forms them just fine in word-medial and word-final positions: gecko is ‘decko’ and ‘lick’ is fine for instance. I take this as great progress. She CAN physically make those sounds just fine, but for now hangs onto the alveolars word-initially.

Anna also has trouble with consonant combinations like ‘tr’ ‘pl’ and ‘st’. She told me she wants to go really, really ‘fat’ on her bike and it took me a few seconds to understand. =) Every airplane flying overhead is ‘airpwane’; totally normal first language acquisition for English. If she were learning a Bantu language, on the other hand, it would never be an issue as they are almost entirely CV (consonant-vowel) by rule and end up with long words like : amenibariki (‘he blesses me’), but would never have to master our tongue-twisting consonant combinations!

As for vocabulary, she shocks me everyday learning what a ‘trocodile’ and ‘taterpillar’ are correctly. She called the trocodile a dinosaur first, but hey, I can see the resemblance! She’ll be the first Swahili speaker in the family I think. Last week she was sitting on the couch ‘reading’ a book when one of our employees arrived, she looked up and said, ‘Jambo!’ like she’d been doing it all her life. It totally shocked him. He said something like, “Wow! She’s a smart one!” (in French)

Sorry for your daily dose of linguistics! I recognize it’s underwhelming for most people, but fun for a few of us! 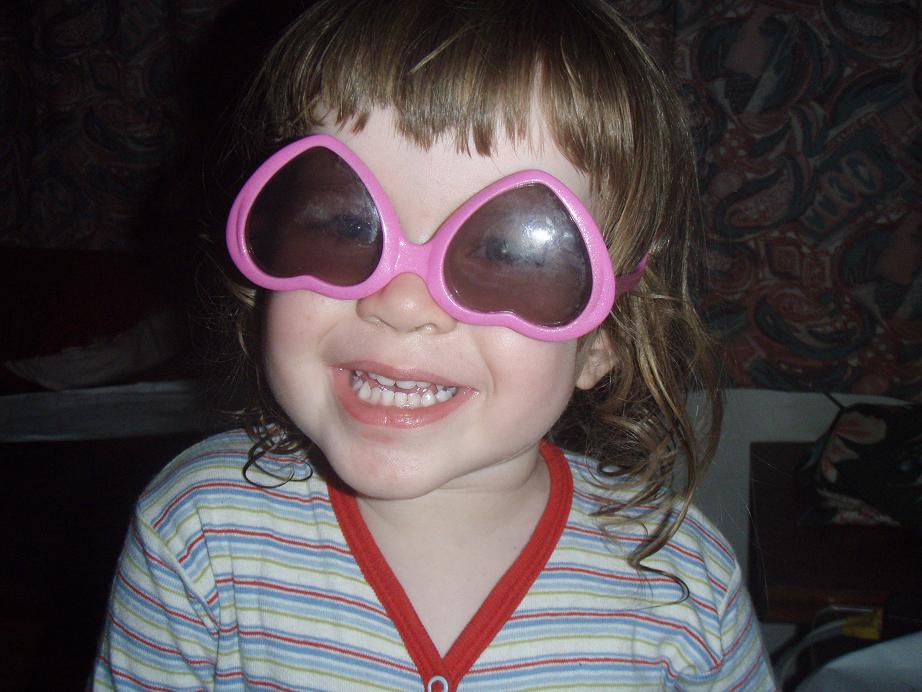 Sorry to all who have been checking for our news in vain.
We are moving into our house this week, Lordwilling!
We have also have had no power (like for phones or computers) for
about 4 days. We are finally connected locally by radio and getting
used to our names 'kilo romeo' =)

We bought a car and that's wonderful, but we had to borrow money to
do it, which isn't so wonderful. And as with any renovation project,
everything costs more than you think it will! =)

Please bear with us a few days while we are 'in absentia' and
pictures will come soon! In case you're concerned for the kids,
don't be. They have a blast playing with their new best friends
almost everyday!

I’ve always thought of my kitchen as a fairly international kitchen. Having lived in several different countries we gathered recipes as we went. Kent makes a mean Chinese stir-fry. I can mostly cook a decent Spanish tortilla (egg/potato/onion pie-like thing for those who haven’t lived in Spain). So I looked forward to what a kitchen could look like here. What I didn’t expect was that buying ‘local’ often means buying international goods from local merchants instead of ordering them yourself. And buying local is often really difficult or expensive to do. Eggs, for instance, are almost impossible to find from a local farmer. But every Wednesday and Thursday a couple local merchants get huge stacks of them from some international source and supply most of the town with eggs that way.

Anyway, to illustrate the ‘hodge podge,’ I’ll list some of what we have in our kitchen right now:

honey made in China,

a large jar of Smucker’s Grape Jelly from the US,

ketchup made in Holland,

cans of Tunafisch from Belgium,

and American Garden mayonnaise made in the US, sold in Uganda, and purchased here!

…gives a different meaning to ‘international kitchen’ doesn’t it?