We spent our GAPS-Diet anniversary on vacation at the beach. Somehow it is hard to believe we have been grain-free for a whole year! The following is an abridged version of our one-year overview. Go here to the ‘Our Diet’ tab for the whole enchilada. Or if you have lots of time to read, go here for all our GAPS-SCD links.

We originally started GAPS for the health of James and I, but the other three have seen benefits too. Kent, Joel and Anna were never feeling sick, but they are healthier and stronger now for having gone through GAPS. In June, the three of them added potatoes back in without any trouble, so they are officially coming off GAPS gradually. Next will be sweet potatoes, fermented millet porridge, sourdough and eventually rice and sprouted grains (maybe by Christmas?!).

As a primary schoolteacher with a weak immune system, I was prone to getting colds and developing secondary infections every time. If only I had a dollar for everytime I was diagnosed with sinusitis or bronchitis (or both)! My second year teaching I think I took 12 different courses of antibiotics. I was on antibiotics more than half of that year! Ten years later, our GAPS journey has changed all that completely!

JAMES:
The biggest gains in James’ healing happened in the first 4 mos. on GAPS. But the more subtle changes we see a year later are just as significant. He has very few Asperger’s meltdowns – maybe 1-2/mo. where they were daily or more often than that a year ago. He regained all his auditory processing in the first 2 mos. His allergies seem gone. He hasn’t needed antibiotics of any kind in 14 months. His sensory processing troubles with tactile under-responsiveness are gone, fading gradually over the past year. They have left in their wake a few gross motor issues we can now address (basically re-learning to keep your balance when you’ve been mostly numb for 4-5 yrs or longer). The last pieces of tactile numbness have faded in the past month or two.

This week we’re preparing for another homeschool year. I found myself taking down the labels on his workboxes. I made them in desperation, searching for answers, 3 years ago. We haven’t needed that familiar structure and routine for months. A wave of nostalgia hit me like I was putting away the last of the baby’s pacifiers. My baby (10-yr-old baby) has outgrown his Asperger’s supports. Whether we technically still qualify for a diagnosis is really not important. James is feeling and doing great! The bulk of the work we have left to do is in social skills and organizational skills, but I can’t think of too many 10-yr-old boys who have mastered both of those already…

We are so thankful for the healing protocol of the GAPS Diet (and for SCD too!). They have served us well. I am a bit nervous about re-introducing starches and sugars, but we’ll get there as they say in Swahili: “pole-pole” (step by step, or slowly, carefully).

Well, we made it home sweet home to Congo!
There were only two times that I thought we must be on Candid Camera or in a bad movie – maybe Home Alone Strikes Back? But we made it home.

Thanks to all who were praying for a safe, productive, restful holiday.

It was all of those!

God blessed us around every corner.

I’ll leave it at that for now.

With a picture that seems to sum it all up: 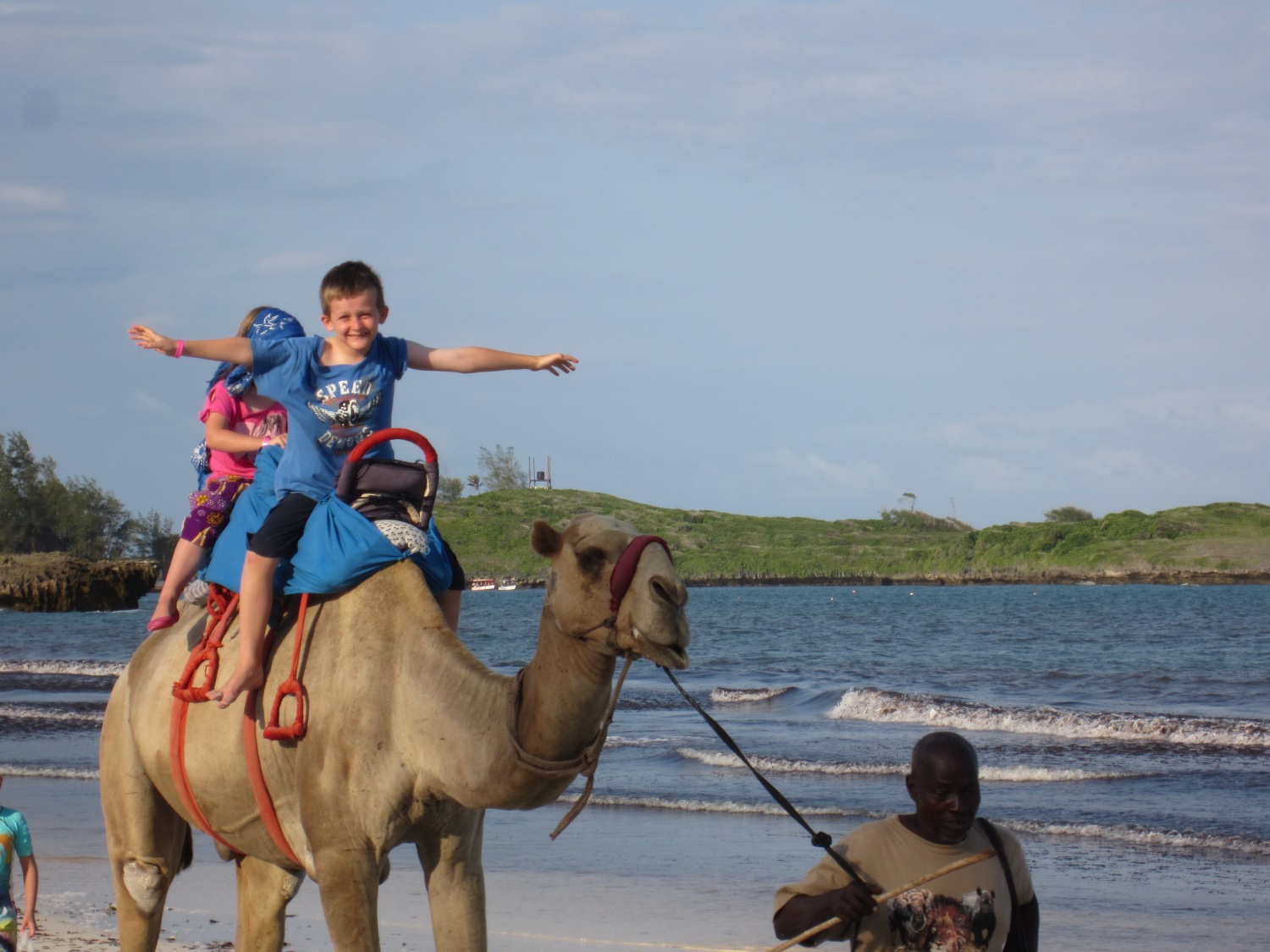