So while Kent was gone this past week, I decided it might be a good use of my ‘extra’ time (ha!) to watch the three versions of Jane Austen’s Pride & Prejudice that we own. It would keep me from sitting around feeling sorry for myself, it would be appropriate for the children to come and go (nothing I have to shield them from), and I would be sparing Kent from watching them all with me!

My friend Jessica suggested I blog a little review of all three versions, so I’ll try. If you are a Jane Austen fan familiar with the story, this will be fun. If you are not, read on with caution. First off I will say that there are aspects I enjoy of all three films in comparison with the original book. Now that I think of it, I’ve reread the book over the last few months so it is fresh in my memory.

Okay, Kent actually started this one with me before he left,
which is what kicked off this whole idea… 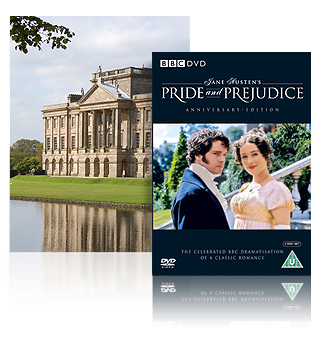 Version #1: BBC Classic 6-hr Pride & Prejudice 1995
(sometimes called the Colin Firth P&P, because he plays the role of Mr. Darcy, and our kids affectionately call it ‘The Mr. Darcy Movie”)

PROS:
-meticulously accurate to the book
-mama drama (I’m told it takes good acting to be this obnoxious)
-witty daddy
-Mr. Collins is fabulously hideous
-Lydia as silly as anything

CONS:
-It takes nearly 6 hours to watch the whole thing through, so unless you are on a first name basis with your fast-forward button and know the story well (or are home all day with a horrible illness), it will likely take 2-3 sittings to finish the whole story. That said, it is one of my first ‘sick day’ movie picks.
-Jane. The elder sister in this version is too much of a wall-flower. She isn’t as ‘gorgeous’ as she is on the page, and doesn’t take much of a leading role to guide her younger sisters into behaving better. She rarely even scolds them.

Version #2: Bollywood Bride & Prejudice 2004
a bright, colorful version modernized and simplified to fit in 2 hrs instead of 6!
I’m new to Bollywood films, but really enjoyed it – even moreso after I got over the shock of everyone breaking into a song and dance everywhere they went.

PROS:
-very funny, plenty of comic relief if you can handle musicals/Bollywood style
-the sisters seem to have more comraderie than in the other versions
-Mr. Collins character, ‘Kholi Sahib’, is really wonderful (with a bit of playful mockery of Americans in there which I enjoy)
-no where else is there ever quite the same experience as ‘Maya’s performance for the family!
-loved how it picks up the international marriage idea that touches so much of the world with dollar signs in their eyes around eligible Americans

CONS:
-Here there are only 4 sisters (no ‘Kitty’). And for some reason it is often Mary (‘Maya’) who scolds wild Lydia (‘Lakhi’), which is different.
-Mr. Bennett (‘Mr. Bakshi’) not as witty as I would like, maybe it was an acting issue – I’m not a good judge of actors
-Miss Bingley (Balraj’s sister, I can’t remember her Indian name) plays the snobby part beautifully from her British penthouse, but it doesn’t come out much at all that she’s pursuing Mr. Darcy, which is blatantly obvious in the book.
-Charlotte Lucas, Lizzie’s best friend, is supposed to be ‘plain’ but ‘Chandra Lamba’ in this version is gorgeous in my opinion.
-In order to modernize the storyline, certain things were changed like Lady Catherine’s role being played by Mr. Darcy’s wealthy mother. But overall they did a splendid job of a modern version. I love the realism of the international scope of it.

Version #3: “New” Pride & Prejudice with Keira Knightley 2005
again shortened, but this time setting and characters stay true to the book

PROS:
-There’s a wonderful messy ‘reality’ about this version of the Bennett household, they are not picture perfect (though I had to wonder what their servants were doing…)
-beautiful artistry and music, including sculpture (which Version 1 did not)
-loved the actress playing Jane. She is gorgeous and takes on the commanding role of the eldest sister well within the confines of her shy character
-Mrs. Bennett here is so maternal, sweet and endearing I have to list her as a ‘pro’ to watching this version even though I believe the melodramatic mama in Version 1 is more accurate to the book.
-One other thing I appreciate about this version is that it includes a post-wedding scene! What? Life after the wedding kiss? Shocking! It’s my personal pet peeve that many American movies end everything with ‘the kiss’. Ugh. The last few pages of Jane Austen’s book come after their marriage and move to Pemberley and I’m SO glad for that last bit of closure. This version doesn’t have much, but I’ll take whatever I can get.

CONS:
-Mr. Collins was mediocre, severe, but not that bad – almost a cute little man instead of repulsive
-Don’t shoot me, but Keira drives me crazy. I liked her in Pirates of the Caribbean, but had a really hard time with this version because of how physically thin and emotionally impulsive she comes across. Oh my poor nerves! I can’t hardly watch…
-This version tried to fit too much of the story into sound bytes, so they would have room for all that gorgeous scenery and music. The end result is intense conversations that seem to happen at double speed. I can hardly keep up with how fast they talk and they can hardly pronounce all the words!
-mid-film proposal over-dramatic and unrealistic. In that day and age 2 people caught alone, soaking wet in a rainstorm in a public park at a monument with a view seems more than unlikely.
-Other than not getting his words out very articulately, the actor playing Mr. Darcy does alright. What I can’t stand is the ending proposal where he stomps through the misty marsh at 5am with very little to say. Where is the self-sacrifice, self-control, self-discipline??!! Mr. Darcy waited months and months to find the right time to propose again. Not just a stroll through the marsh. Not magical powers either. ‘You’ve bewitched me.’ seems to the highlight of this climax. No thanks.

As is probably obvious I numbered them here, and watched them, in the order I prefer them. Overall I enjoy the the long BBC version best for it’s extensive conversations and faithfulness to the book. The six hours was originally done for television, so it is broken up in 50-minute segments and is easily enjoyed over a few sessions. Personally, my second choice is Bollywood’s Bride & Prejudice because of the modern-day, multi-cultural aspects. Call me weird, but I also enjoy much of the music and dancing. Of these three I enjoy the “new” Keira Knightley version least. It is indeed artistically beautiful and I’ve watched it a few times just for that reason, but I think the essence of the story is missed when rushed through in 90 minutes.

There’s my two cents on my P&P Marathon!
I will likely never be a movie critic, but it was fun pretending for a while!
So which is your favorite? Do you like a version I haven’t listed?

FYI, we had a wonderful Easter staycation, had good friends over, gorged ourselves on homemade French fries and cinnamon rolls, watched much of Jane Austen’s Pride and Prejudice, sang ‘A Toi la Gloire’ at church and came home for ‘Up From the Grave’ and ‘Nothing but the Blood’ (two of the kids’ favorites!)

Kent is taking phenomenal pictures of his trip into the rainforest this week, but before he left I grabbed a couple Easter shots. This way you have proof that they enjoyed themselves hunting for eggs and candy in our backyard, (don’t worry – Anna had a 5 minute head start) … 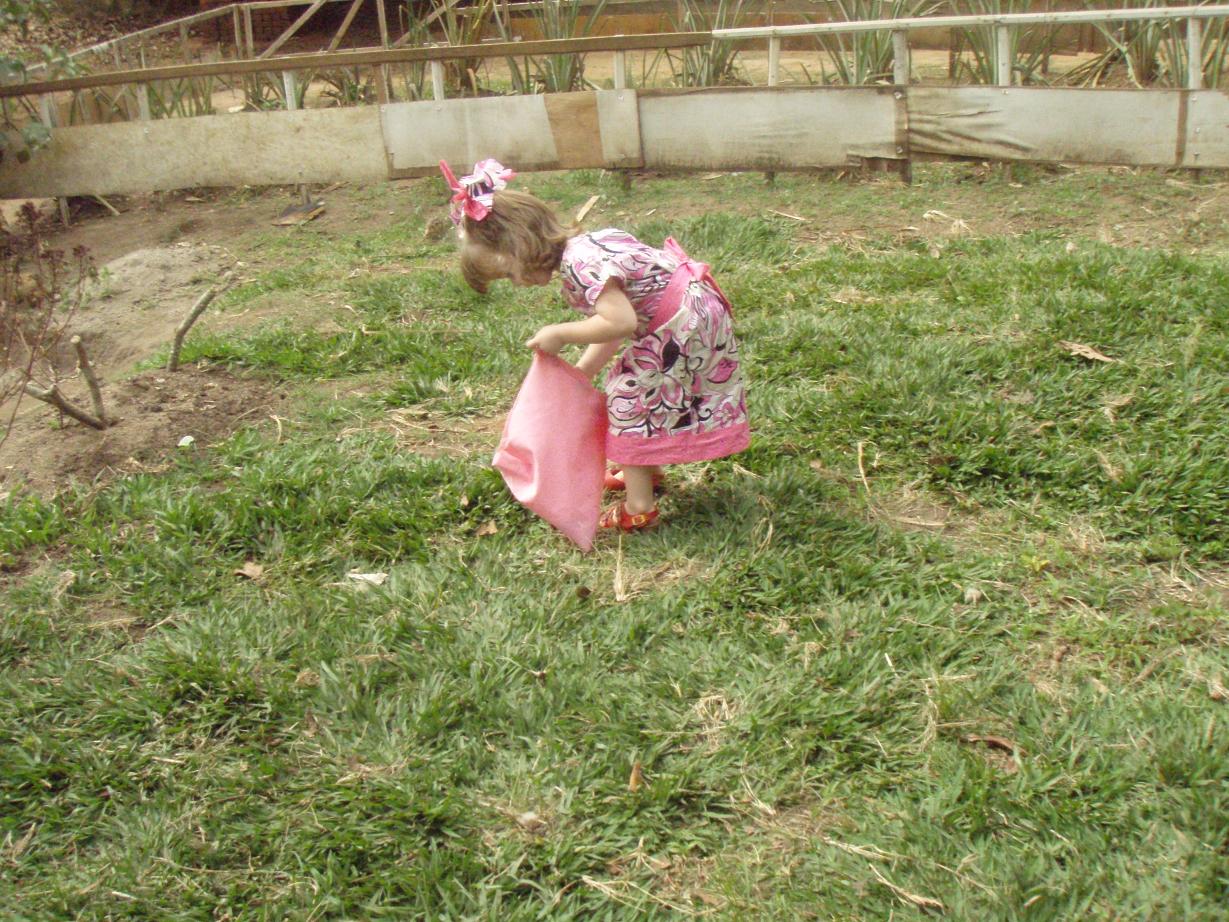 … and see my first attempt at a little girl dress for Anna. We had matching outfits! I know it’s cheesy, but she loves it (and probably won’t in a few years…). 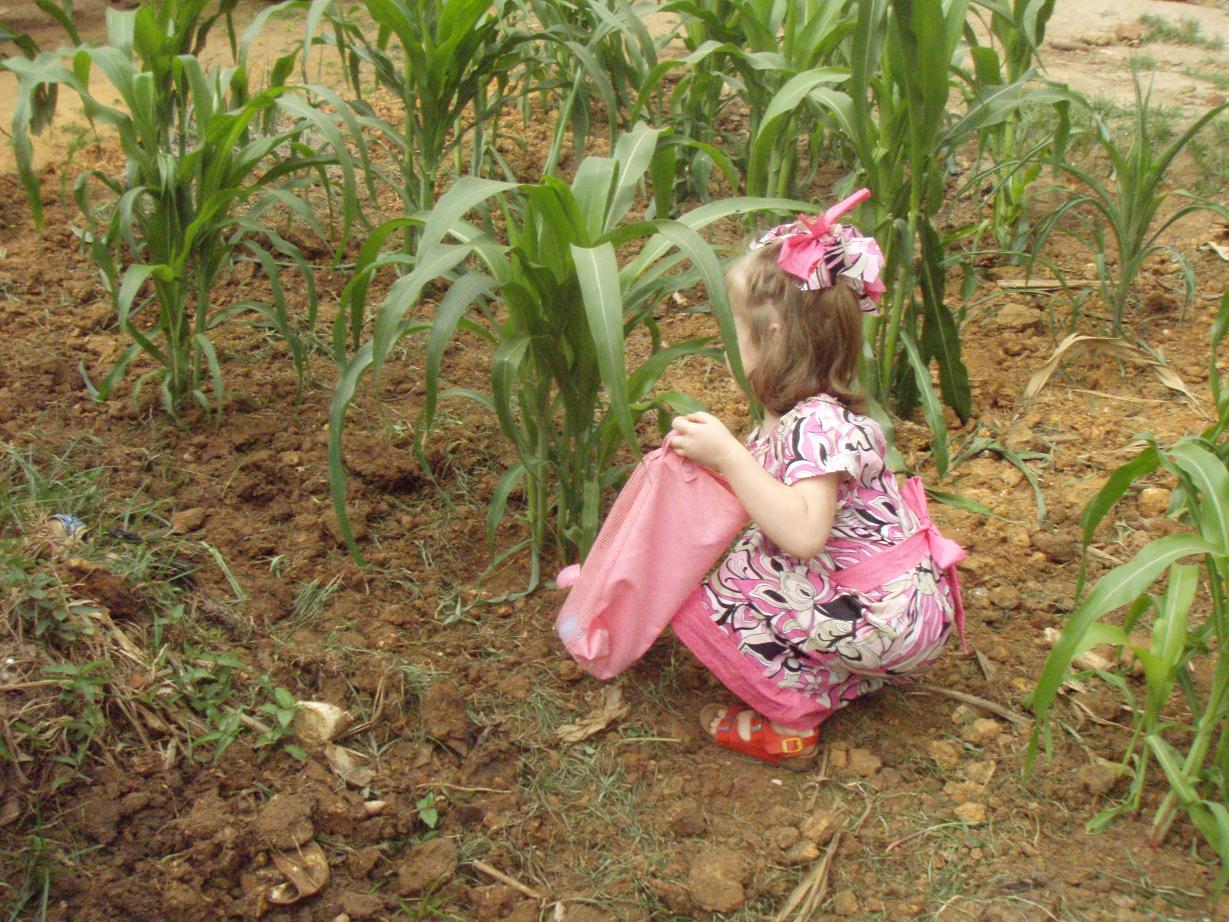 Eggs in the corn patch? Why not?
She picked out her shoes herself… red birkenstocks.
What can I say? She’s smart!
For those who are wondering, even with a bag of ‘loot’ she really didn’t get the ‘hunt’ idea. at all. 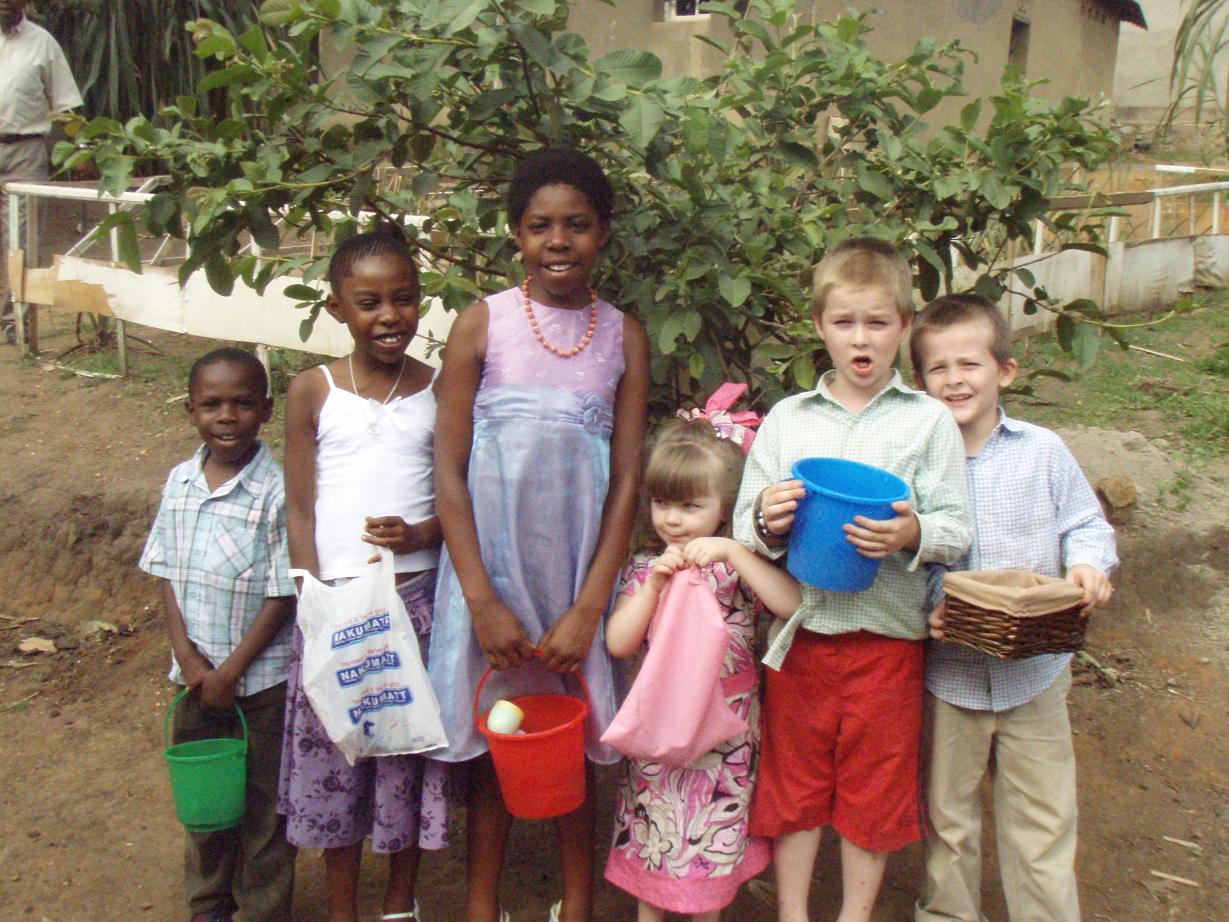 from Congo to wherever you are.

P.S. The red shorts were James’ idea – not mine. He wore some lovely slacks to church…