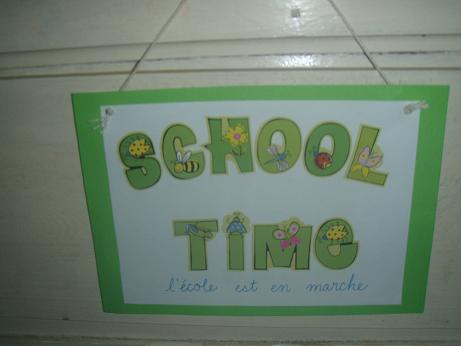 We actually started September 8, when these were taken. 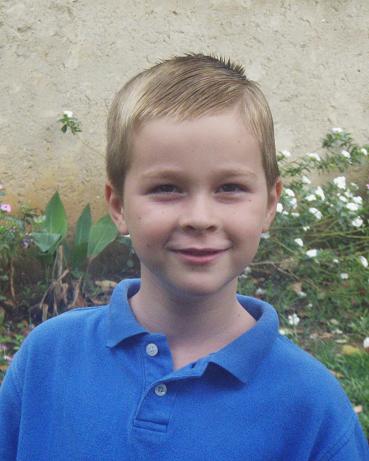 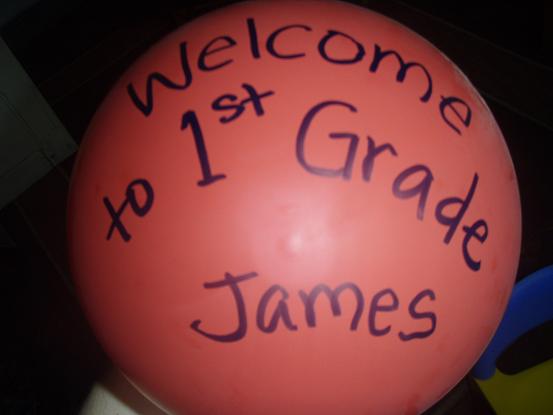 Anna was running errands with Dad so school would start ‘on the right foot’,
so she missed picture day, but she’ll get her turn soon enough. 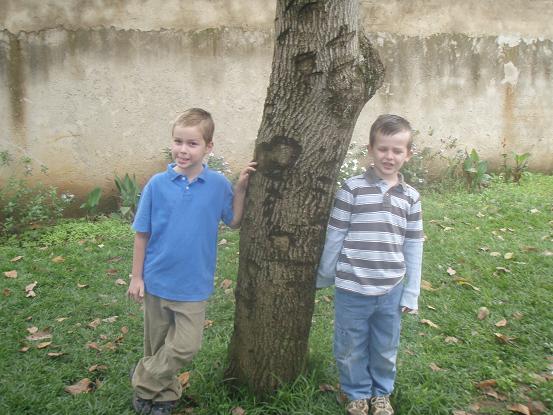 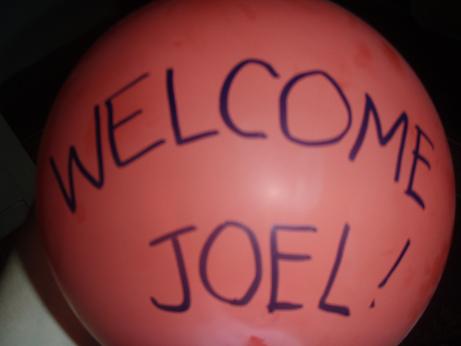 By traditional measurements James is in First grade this year and Joel is starting Kindergarten (James still has 3″ on him… for now). My, how time flies! 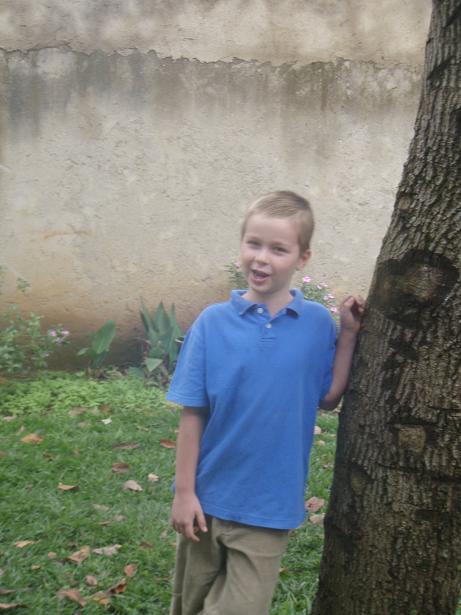 So here’s the ‘outtakes’ of their school pictures
(don’t worry, Grandma got the good ones – Email me if you want them too)… 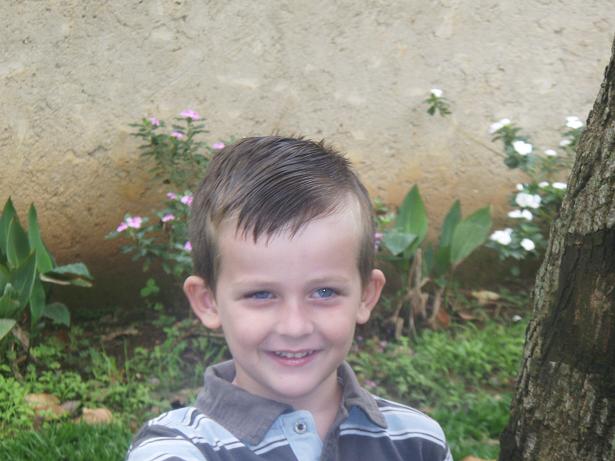 …and a glimpse into our school room! 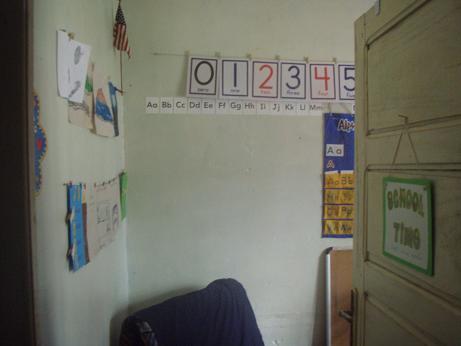 Yesterday I found James (Gr. 1, age 6) reading to himself 'The Book
of Virtues' (short classic stories intended to read aloud to
children… the book is 2″ thick!) He devours books. He hasn't quite
resorted to reading the dictionary (go Aidan!), but he likes his
Children's Encyclopedia… hm What to do with him? 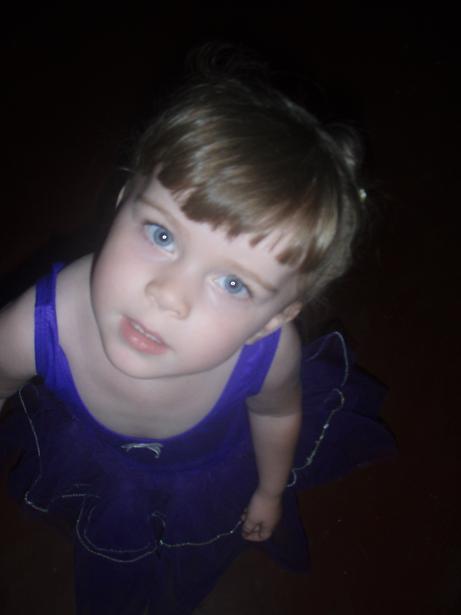 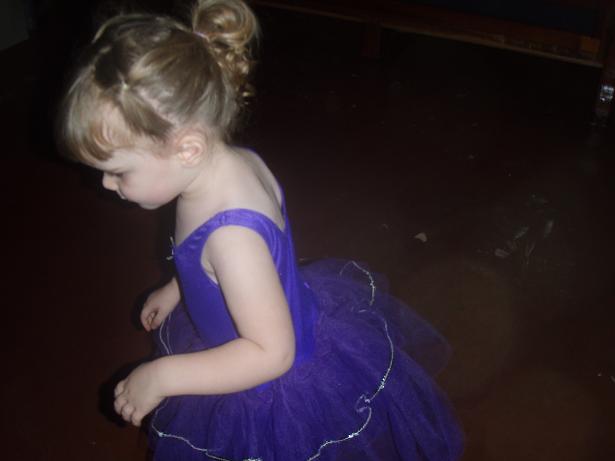 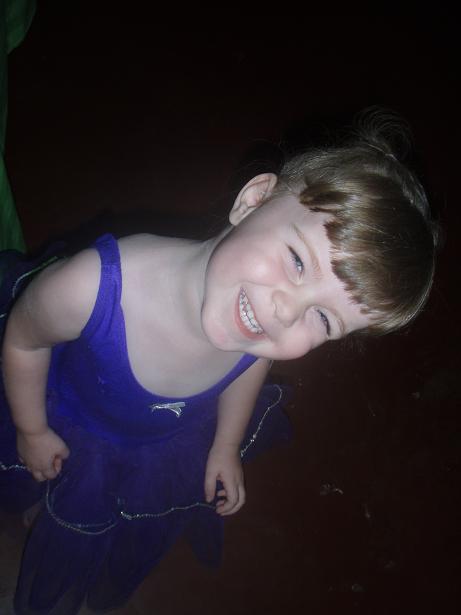 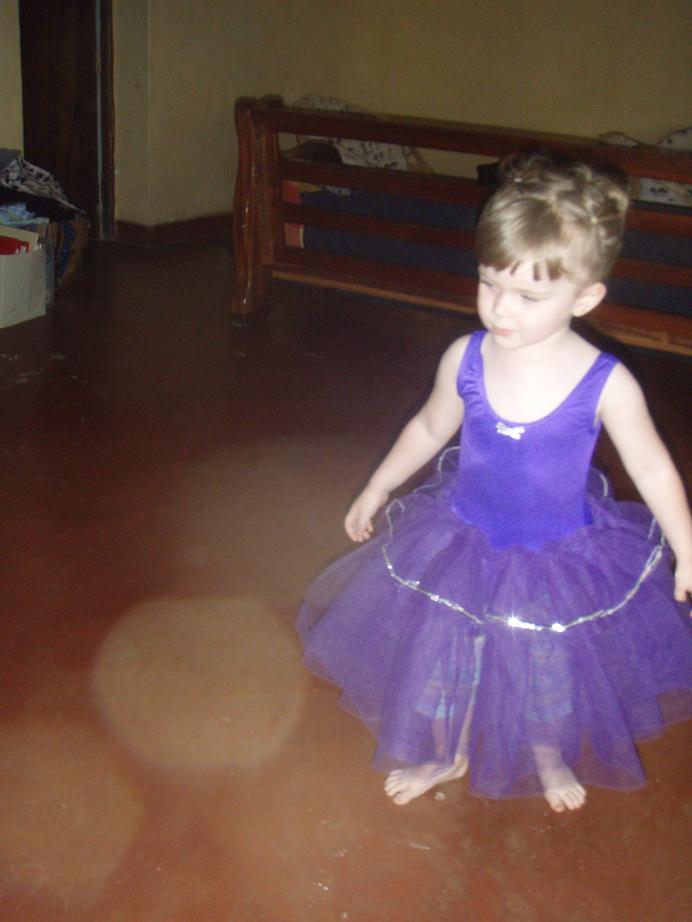 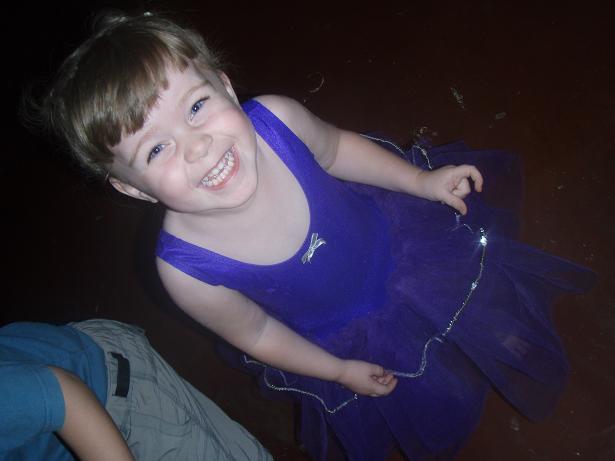 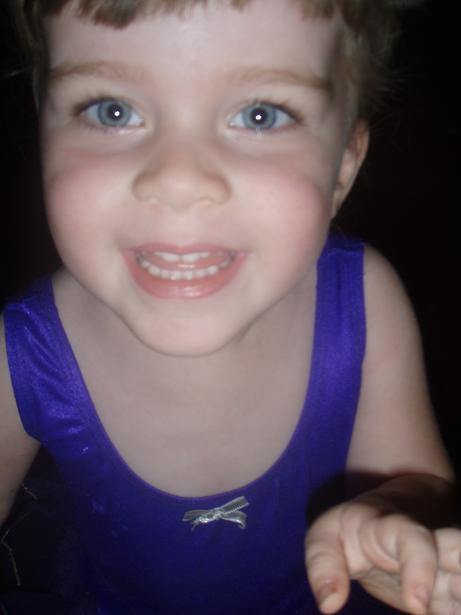 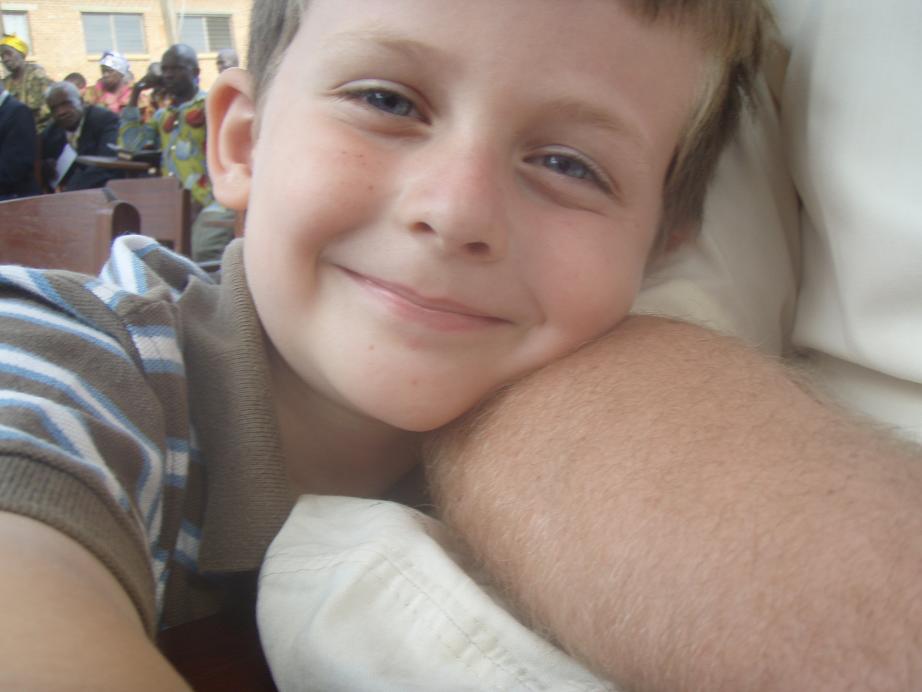 Last week we sent off (in Anna’s words) Brooke, baby Chad, Brooke’s Mommy and Brooke’s Daddy for their furlough in the US. She will really miss her little friend. 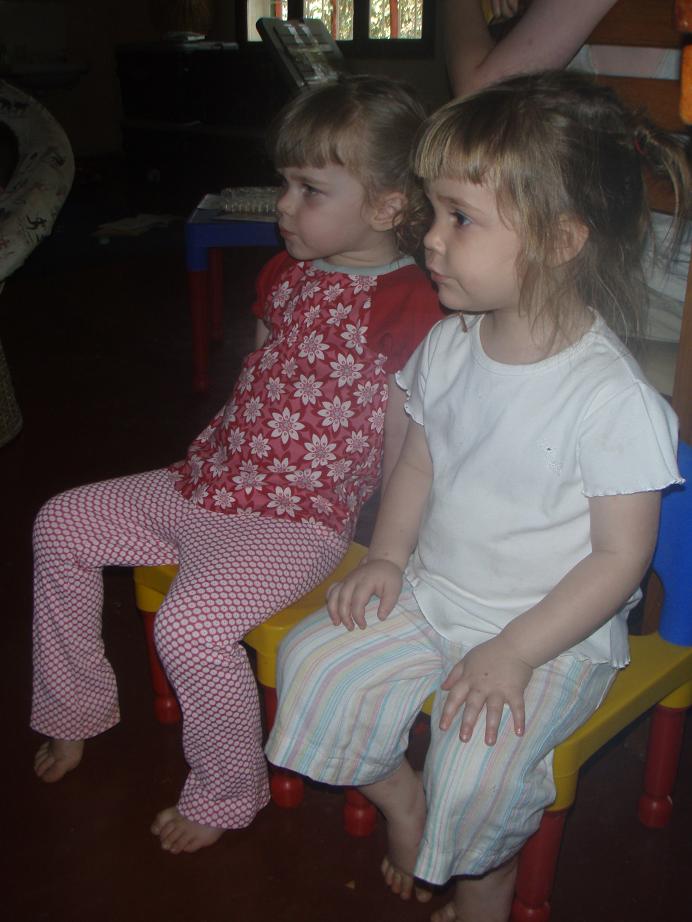 Anna really has no concept of saying goodbye for months on end, and continues to ask when we can play with Brooke. Time is a hard thing to wrap your mind around at age 2. We will miss them tons, but wish them the best of furloughs. We are a teensy bit jealous of them eating ice cream and berries, going out to good restaurants, driving on pavement and watching the new season of The Office, but we’ll get over it. 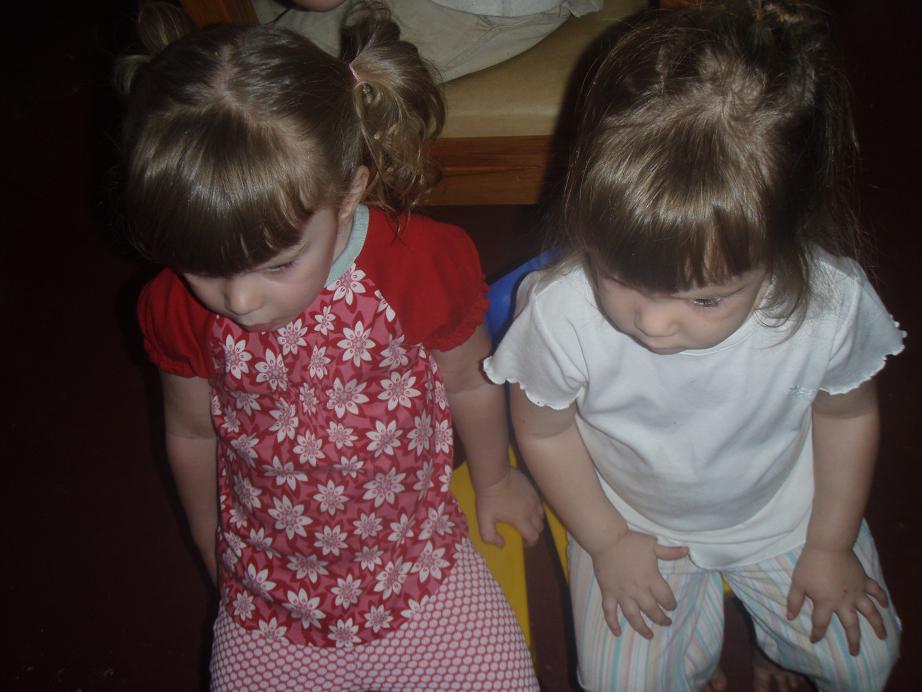 We’ve read how important goodbye parties are for MKs,
so we took some special time to celebrate together (popcorn and a movie!)
and Suzanne and I… 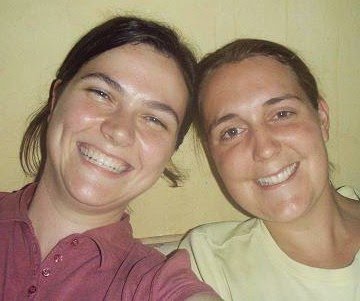 …had Mommy’s Day Out to paint our toenails and eat chocolate! 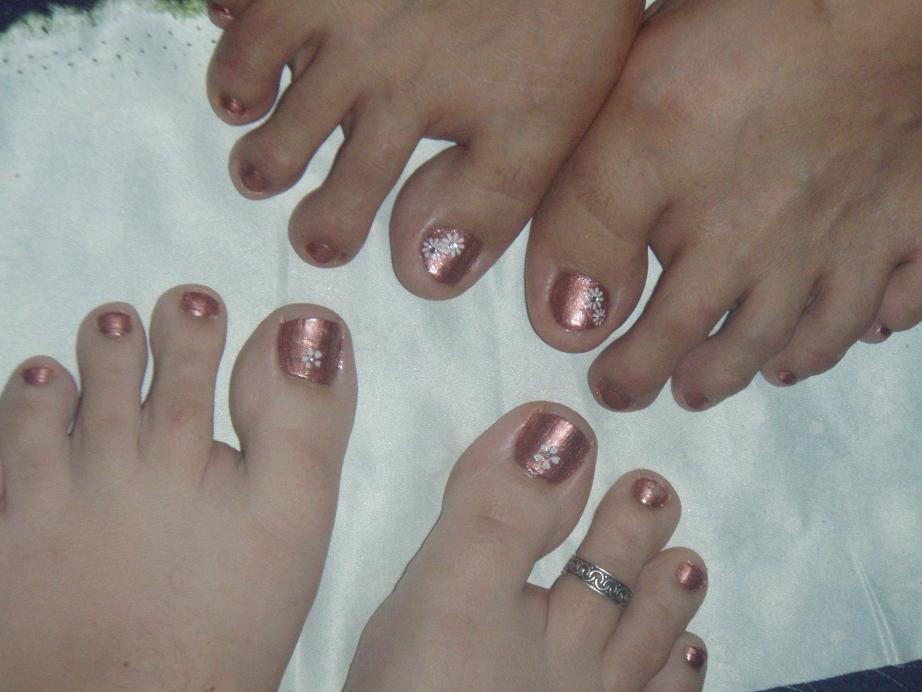 Brooke et al: I’ll think of you guys when I look at my fancy toes, put something away on your shelves, put away the drawer of board books, cook something in your beautiful pots, drill something into the walls, watch the Office, eat chocolate, see Moshi chasing airplanes around and around the house, and especially when Anna asks to play with Brooke. Have a wonderful furlough! Can you feel the love? =) 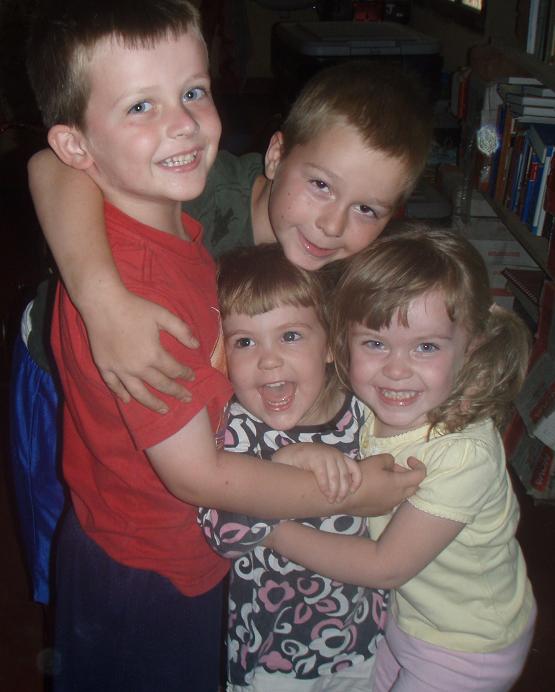 [After malaria and the flu, we are finally on our feet again getting ready for school (we’ll start Labor Day Lordwilling) and easing back into the ‘everyday’ things, like this blog entry that I drafted 2 weeks ago…]

Sometimes I hate ‘inside jokes’ don’t you? They seemed designed to leave someone out of the fun. Well, I don’t want to leave you all out of the fun of our three budding comedians either. I suppose Kent and I have a couple jokes originating from different films (i.e. “good times, noodle salad!” from As Good As it Gets), so why should it surprise me to see the kids doing the same? Here are a few of the everyday jokes that you would probably hear around our table were we still ‘in the neighborhood’:

“Is that the question Mike was asking?”

The first time Joel, age 4, watched Monsters, Inc. the movie he thought that Sully and Mike were great and made sense of Mike Wasowski: ‘Mike Was-asking’. I’ll grant that it’s a difficult name. Once we noticed this, Kent started to weave this phrase into normal conversation, which the boys found hilarious. Can we go to the fair Dad? Is that the question Mike Was-asking? Months later the joke still makes them laugh, and what makes US laugh is that they start weaving it in on their own.

Are they budding linguists?

Is that the question Mike was asking? =)

One of our favorite movies is Singin’ In The Rain. Each of the kids has their favorite scenes, but for whatever reason the Dictation Coach teaching the leading lady, Lina Lamont how to pronounce her vowels in a more becoming tone is Anna’s fave. They go back and forth practicing one of her lines, “Ah cahn’t stahnd him! I keen’t stan ‘im! Ah cahn’t stahnd him! I keen’t stan ‘im!” Well, Anna (being in the midst of first language learning right now) especially enjoys playing with her vowels and she and Kent go back and forth with these alternations. What has become funny is that now if Kent says this phrase with low vowels, she’ll reply with the high vowels. If he says it with high vowels she’ll reply with the opposite. He’s even switched back and forth and she follows “I keen’t stan ‘im!” Her ‘k’s are still ‘t’s, so she says something more like “I teen’t tannon!” Of course, she has no idea what it means… yet. We’ll have to cross that bridge when we come to it.

I blogged a while back about James’ alliterative make-believe ‘T’ language, which morphed into a variable consonant language of any English consonant or consonant-cluster. After her brothers asked for a ‘trink of tilk’ at the dinner table, Anna, who refuses to be left out of anything remotely funny, starts speaking in ‘B’ language! She’s only just started to make sense in normal English! Her favorite song right now is ‘Go Tell it on the Mountain”, and it is quite the sight to see her try to sing it as ‘Bo bell it on the Bountain’! Today at lunch I got, “Bom, ban I bave bilk Bwease?”

Kent turned to me and said, “You’re the Bomb!”

NOTE: Before sharing my experience with these parasites, I must first confess that I did not take my prophylactic (preventative) meds very faithfully, having never had a problem we were a bit over-confident; given that, only one out of five of us getting sick is pretty good considering the stress we had just put our bodies through on a long journey. We do sleep under treated nets, stay indoors after dark and/or cover up or use OFF spray.

I’m told that malaria, or paludisme, or swamp fever, manifests itself a bit differently in each person. Of course over the years we’ve heard lots of stories:
Makes my knees ache.
Feels almost like the flu.
Gives me high fevers.
Has good days alternating with bad days.
Just never get it.
He’s prone to it.
Lost 2 babies to malaria en utero.
Had to leave the country because of recurring malaria.

Some people just never get it (and there are a million theories why). Some people get it all the time. A friend of ours has 4 girls aged 2, 4, 6 and 8. One Sunday the 4-yr-old is dancing and singing in a church choir and 36 hours later she lay unconscious in the hospital with serious cerebral malaria. There is a 50/50 chance she’ll pull through even with treatment. Thankfully she did. Little Ruth woke up 3 days later on a quinine drip (IV). It can be a very fast and unpredictable illness. Blood tests are not always accurate. Symptoms can vary from person to person. Parasites enter your body by mosquito bite and your body fights them off (with help from preventative meds if you take them), but in weaker moments they take up residence and start taking over and reproducing. Often symptoms will start ‘cycling’ getting better then worse as new generations of parasites are born. Fun huh? Lest you think this is only a problem overseas, I remind you that malaria got its name in Medieval Italy mala aria ‘bad air’ and whole settlements in the 13 colonies were killed off by these parasites. See wikipedia for a nice little history.

For me it all began a few days after we got home. I wasn’t fully unpacked yet, but started having what I call the ‘freight train’ headache. Then the fevers and chills, aches and pains, etc. I will spare you the details. I could do little but lay in bed and moan. I had flashbacks of an adult case of the chicken pox in college. The ‘freight train’ would come and go for a few good hours and then a few bad hours. Sometimes I felt myself falling back on labor techniques to deal with the pain – breathe! By this time Kent had called the one American doctor in town.

We saw her around noon. I didn’t register a fever in her clinic, but I was on Tylenol and she took note of the fact that I had 4 layers on – in the tropics! She said I was close to needing to be put in the hospital on an IV drip, but should try to get the quinine pills down. If I could not keep them down, I would have to be admitted (which was a strong motivation for me, as the hospital here is probably about as bad as your imagination makes it). The doctor says she treats at least 10 people everyday for it. Kent went to buy my drugs and I didn’t have the strength to follow him or the stamina to sit in the hot car, so I found a shaded bench.

As I sat holding my head on the rough wooden bench in the waiting area, trying not to toss cookies I hadn’t eaten, I was vaguely aware of being closely watched. I don’t think people here often see sickly foreigners. How strange. We have big medicine cabinets and get on a plane if things get bad. Suddenly it occurred to me that these parasites I was fighting for the first time ever, were ones they had known their whole lives. Malaria has taken some of their relatives: their aunt, their father, their baby. Every one of them has had it at one time or other. Suddenly all the pain and anguish seemed ‘par for the course’. Not to over-dramatize, but I did feel like I had passed the test, a rite of passage, initiation. Don’t I get an ‘I beat malaria’ T-shirt?
I felt what they felt.
No one forced me to live here.
This is like what Jesus did for us taking on human flesh.
No one forced him to either.
I had major sympathies from our local staff and friends.
They had felt what I felt.
They were sorry I had to.
I said, “Now I’m more like you.”
I have walked once the road they have walked every year.

Not something I plan on repeating, but redeemable all the same.
No regrets.